As an Anadarko Basin Operator, Trueblood Resources has drilled and operated 75 oil and gas wells mostly vertical. In 2008 with the dominance of horizontal drilling, we modified our business strategy to focus less on operations and more on generating and acquiring “stacked pay”, scalable oil and gas plays. This ultimately resulted in the acquisition of a 40,000 net acre oil and gas lease block having four targeted objectives in the Desmoinian section of the Pennsylvanian.

The initial analogues are a series of vertically producing formations originally drilled through and not exploited by deeper Morrow and Hunton tests. Vertical analogues have oil and gas reserves in the 150,000 BO level and initial horizontal drilling results have indicated well reserves up to 2,000,000 BO may be possible using this technology.

The possible upside of this oil and gas play using horizontal drilling has solidified our interest in pursing these ideas in multiple areas.

Trueblood Resources has used our extensive network of relationships to greatly reduce our learning curve as we begin to understand the value of this oil and gas play. Through our many joint ventures and multiple industry contacts, our knowledge base is deep and access to information expansive. Before beginning any new oil and gas play we question as many other experienced operators as possible to incorporate their learning curve into our geologic analysis and operational plans. 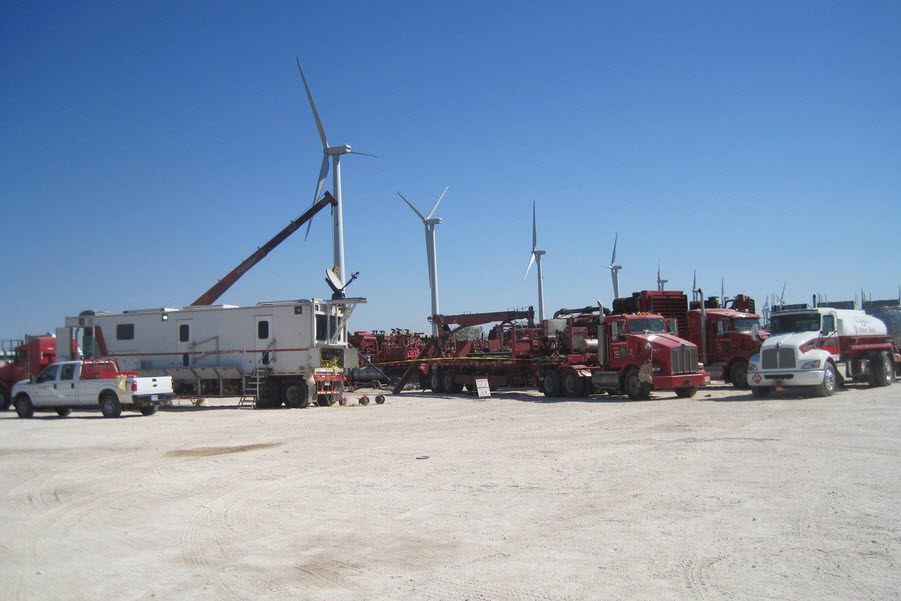 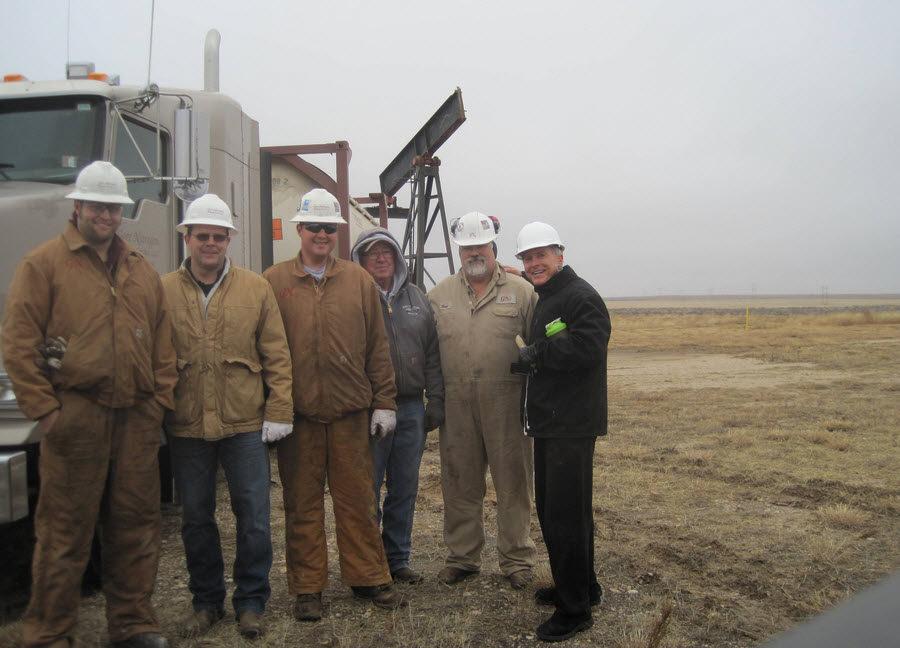 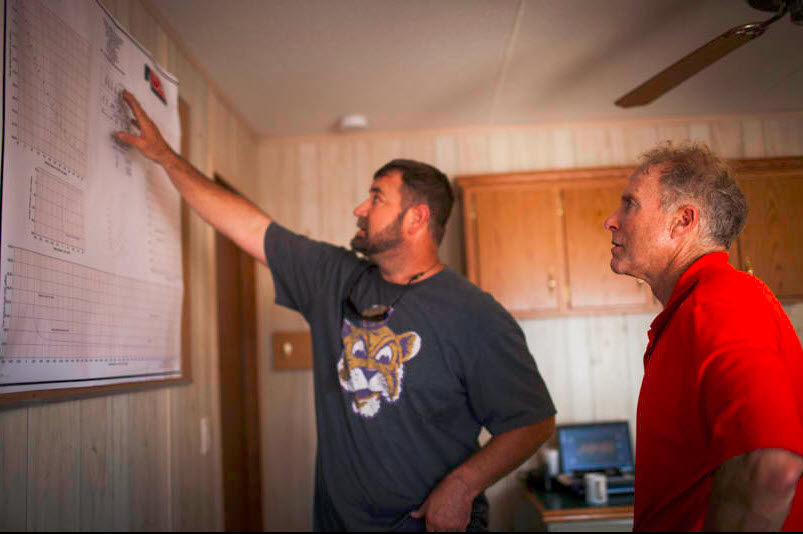 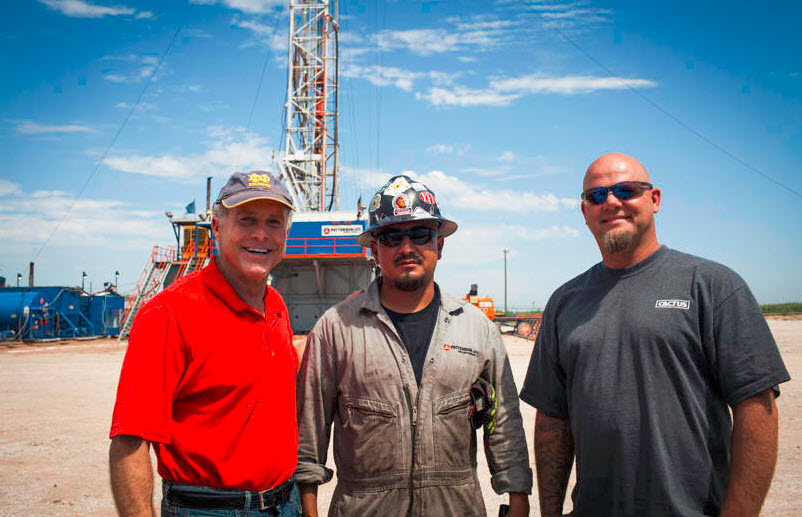 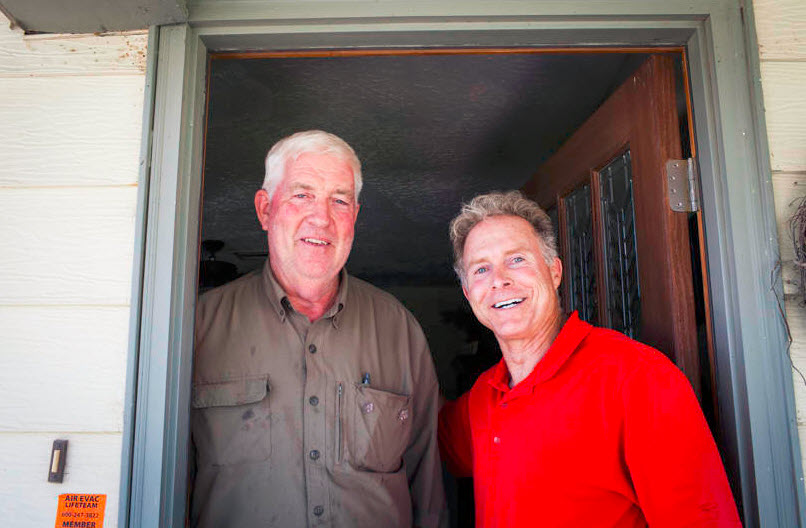 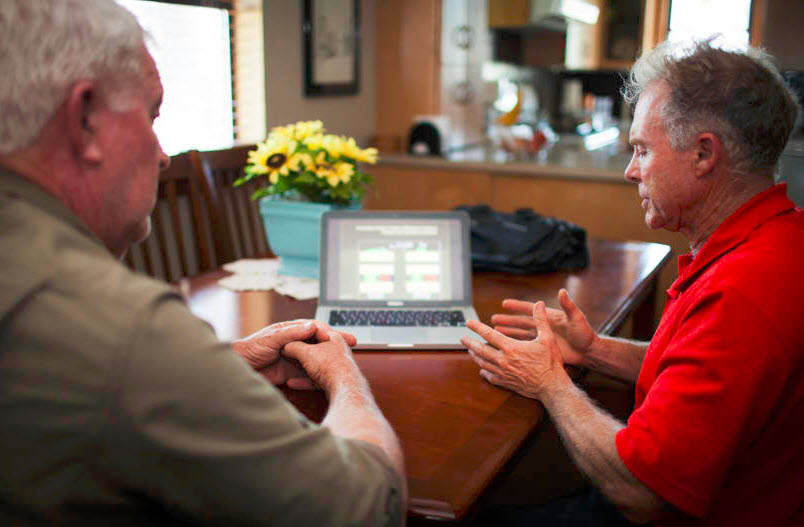 The Anadarko Basin has historically been an operating area with many small to medium sized independent oil and gas producers. In the area, Trueblood Resources has conducted it operations a number of the major oil companies made an entrance into the Panhandle of Texas, Panhandle of Oklahoma and Northwest Oklahoma principally in the 1950’s. Of the Majors, Amoco Production Company and Shell Oil Company were historically the most active with Amoco particularly having an excellent array of producing properties dominated principally by the lower Pennsylvanian Morrow Sandstone.

In an area often referred to as Mocane Laverne, Shell Oil drilled a number of very prolific Morrow wells in the 1950’ and 1960’s. One in particular near Fargo, Oklahoma having an open flow test of over 100 MMCFD.

During one of our memorable visits in the field spending time with landowners and conducting field operations, a landowner in Tangier, OK recounted a story when he was just a boy about a Shell Oil Company well. The well, which was one of the early Morrow discoveries, was drilled on minerals owned by his Father not far from Gage, Oklahoma. When the well came in the field man told his Father this may be the biggest well in the County.

Word traveled quickly and it was not two days later, the speculative mineral buyers from Tulsa were throughout the County trying to by minerals from the local farmers and ranchers. Times where tough and many locals needed the cash although most where savvy enough to hold onto these assets.

As a result when Trueblood Resources begins considering new areas for it operations, we are often able to use our many local contacts to expedite the development of new oil and gas plays. In many instances the local landowners have retained at least half to three quarters of their minerals, which has served them well over the years. This local ownership has proved valuable to all who have remained committed to the area, as a new generation of ideas seems to be regularly identified by operators like Trueblood Resources who focus on this region.

Trueblood Resources has 30 years of logistical and operational experience along with extensive local knowledge.

Even with our long history in the Anadarko Basin, we always gather thorough intelligence pre-drill, as well as prior to acquiring oil and gas lease blocks. Each oil and gas play has many unique characteristics not always apparent from simple geologic evaluation.

Our field personnel are on the look out for whatever “field-intel” may assist our ability to competitively respond to opportunity. Our experience as an Anadarko Basin oil producer has solidified the importance field operations and field contacts play in maximizing the drilling dollar and cost effectively operating oil and gas wells.